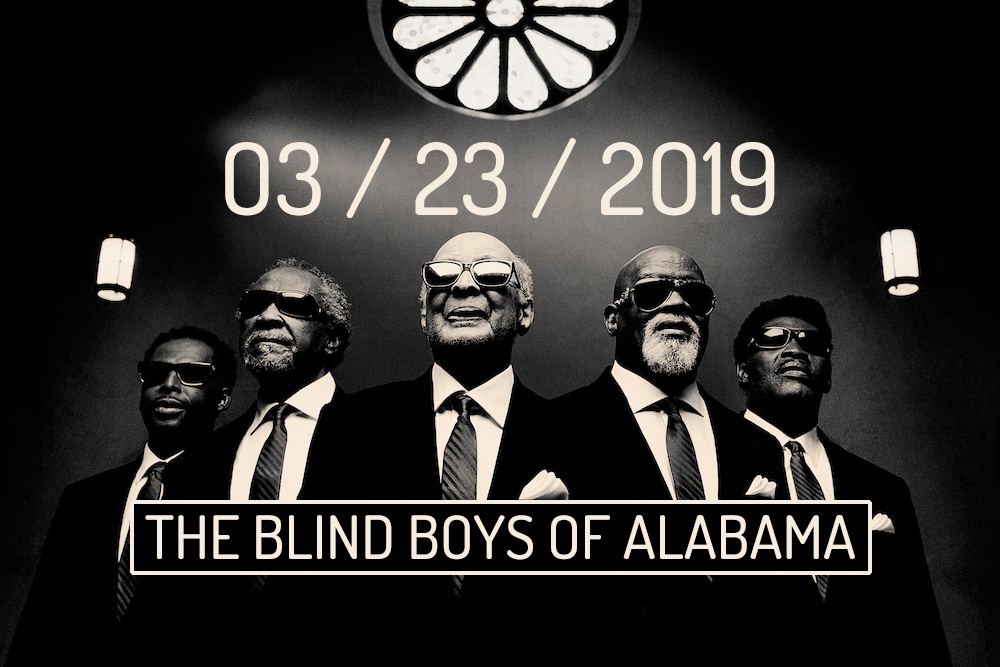 The Blind Boys of Alabama

Tickets: $55 each
(all proceeds to benefit scholarship programs for children)

THIS EVENT HAS PAST,
NO TICKET PURCHASES ARE AVAILABLE!

About the Blind Boys of Alabama:

Hailed as “gospel titans” by Rolling Stone, the Blind Boys first rose to fame in the segregated south with their thrilling vocal harmonies and roof-raising live show. They released their debut single, “I Can See Everybody’s Mother But Mine,” on the iconic Veejay label in 1948, launching a 70-year recording career that would see them rack up five GRAMMY Awards (plus one for Lifetime Achievement), enter the Gospel Music Hall of Fame, collaborate with everyone from Mavis Staples and Stevie Wonder to Prince and Lou Reed, and perform on the world’s most prestigious stages. It would be difficult to overstate the Blind Boys’ influence on their contemporaries and the generations that came after. The New York Times said that they “came to epitomize what is known as jubilee singing, a livelier breed of gospel music,” adding that “they made it zestier still by adding jazz and blues idioms and turning up the volume, creating a sound…like the rock ‘n’ roll that grew out of it.” TIME Magazine raved that “they’re always hunting for – and finding – the perfect note or harmony that lifts an old tune into the sublime,” while The Washington Post praised their “soul-stirring harmonies” and “range of cross-genre collaborations,” and The New Yorker simply called them “legendary.”

“When the Blind Boys started out, we weren’t even thinking about all these accolades and all that stuff,” founding member Jimmy Carter told NPR. “We just wanted to get out and sing gospel and tell the world about gospel music.” Mission accomplished!